Meet Deneke O’Reilly. Deneke is a Partner at PoolSpark.

PoolSpark is a simple and fun money pooling service for friends that brings the world’s oldest savings mechanism to life online. It goes by many names — susu, panda, cundina, committee, stokvel and more — but it’s ultimately a P2P (peer-to-peer) rotating savings service meant to help families and friends supercharge their savings. It has been used by millions of people for hundreds of years. In fact, it is personal to Deneke because his mother and her 13 siblings used it growing up in Jamaica.

The goal of the video animation is to communicate how money pooling works and the history behind it. The overall style has to be simple, fun and unique. Most of all, it has to reflect a community working together toward a goal, whether that goal is for an unexpected expense or a lavish vacation.

Meet Priscilla Groves. Priscilla is a Creative at Video Brewery.

PoolSpark partners with Priscilla and her team because their portfolio of videos for other clients are memorable and of high quality. The client testimonials and responsiveness during the pre-production process are a factor as well. PoolSpark actually increased their budget a little to accommodate for the quality they were trying to achieve.

The creative brief submitted by PoolSpark mentioned the video had to be fun, heartwarming and charming. With that in mind Priscilla presented a script using funky animals to explain their product. The scripting process was the hardest part. According to Deneke, “Making something ‘simple’ is much harder than you might think! It’s harder than just including everything you can think of.”

After a few script revisions, the project proceeded into production. Most of the production work was spent on styling and character development. A lot of time was spent sketching on paper and then finally onto computer. The designs that worked best had animals built from basic shapes and this style also suited the fun style that the client was looking for.

According to Priscilla, “A short, punchy video animation allowed for more budget to to be invested into the creative.” In the end, PoolSpark was very pleased with their video and the working relationship. Deneke says, “Priscilla made the process extremely efficient and provided great feedback.”

Watch the video here or follow @PoolSpark to learn more about their product. 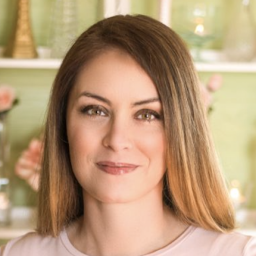 Kim is the Operations Manager at Video Brewery. Kim has spent her entire career in the world of video production. Having both corporate and freelance production experience, Kim understands what it takes to facilitate the perfect working relationship between clients and creatives. At Video Brewery, she is here to help you get your hand crafted video created by one of Video Brewery’s hand-picked creatives.