In January Video Brewery announced the top 10 videos brewed in 2015. On a monthly basis, we’ll feature one of these videos and a discussion with the client. 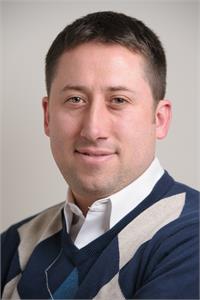 To kick things off, we’ve interviewed Aaron McDaniel, CEO of Access Investor Network. The video Bread n’ Beyond made for Access took the number 1 spot in our round-up.

Why did you make this video?
To present the Access Invest mobile equity crowdfunding aggregator app to prospective customers in a clear, concise, and clever way.

Was this your first time making a video?
It was the first time I made a fully animated video. We had used other “do it yourself” platforms for videos in the past. The other platforms were cheaper, but the finished product didn’t come out nearly as nice, and so using these do it yourself sites had an adverse affect on our brand.

Did you consider other video styles? If yes, why did you pick the style you did?
Since we are talking about investing we had to balance between making our video serious enough to show that we are a credible company, but at the same time didn’t want to make our brand appear stuffy, intimidating, or disconnected. We felt an animated cartoon was ideal for sharing key parts of our value proposition while also showing that our app is approachable and easy to use.

How have you used the video?
The video is prominently listed on the homepage of our website, since it explains what we do so well. If a picture is worth a thousand words then a video is worth tens of thousands. We also posted the video on YouTube and social media to make it more discoverable and shareable.

Do you consider your video a success? If yes, can you elaborate on why it is successful?
Yes it definitely has been a success. A key influencer in our industry said that while people message him all the time asking for advice and to partner together (most of which he ignores), he responded to us and wanted to partner together purely because of how awesome our video is!


How do you measure your video’s impact?
We do our best to trace video views to app downloads (customers). So far we have had hundreds of video views, many of whom went to the appstore and downloaded our app.

What did you learn throughout the video creation process?
I learned how many elements go into making a great video – the script, the voice actors, the music, the characters – and that all of them must integrate well together and focus on the same goal to be effective at amplifying the message of the video and my company.

Do you have plans for creating more videos in the future?
Yes, both for Access Invest and future businesses. Videos are a great way to attract new customers, educate prospective buyers, and even pitch to investors

Is there anything you wish you had done differently?
I was pretty well planned from the beginning (in terms of having a script and idea of what I wanted), but I wish I would have known how many video/animation/voice talent/music options were out there and how detailed I could get about deciding what I wanted. The sheer number of choices can be both overwhelming and exciting at the same time. If I had planned the details a little better I would have had my video out in the market even faster

We’d like to wish Aaron and his entire team a big congratulations on their launch and video!

Are you considering an animated video to market your business launch? Study up on the 6 Steps of Video Production, so you’re ready to make decisions when the time comes.

An animated marketing video offers one of the best ways to immediately engage website visitors. As a result, they are becoming a popular tool in digital marketing campaigns. Video conserves a website visitor’s time and effort and allows startup’s to explain their main benefits quickly. You might think affordable, top-quality computer-assisted animation is a thing …