Chat with us, powered by LiveChat The 10 Best Recruiting Videos Ever - Video Brewery

Hiring great people at your company has been important since the Industrial Revolution. However, methods of attracting top talent have evolved over time.

“Best Places to Work” lists, websites like Glassdoor, and reviews on LinkedIn are great but it’s still difficult to really tell what a company is like unless you actually work there.

If you want to show prospective employees what your company and people are about, why not try (you probably guessed it) a recruiting video!

The tone can reflect your culture, you can show actual shots of the office environment, and chat with people that a viewer would share a piece of carpet with for eight-plus hours a day. It’s also easily shareable, viewable, and many other -ables.

That’s why we’ve decided to track down the twelve best recruiting videos that have ever been created. After checking out these videos you may even get the urge to start polishing your resume.

I mean…does anything beat puppets? Ever? Obviously, the concept of replacing talking heads with puppets is great, but what really sets this video apart are the small touches. The visual gags of the “in-office” environment. The fact that they carefully customized puppets to resemble the actual employees they were representing. The puppet’s facial expressions! Oh, the facial expressions. The video is hilarious, engaging, and makes almost any viewer interested in a company that would produce a video like this.

With a blend of stop-motion, photography, and live action, this recruiting video focuses on the antithesis of the typical startup work-life mentality of 70 hour weeks. Most videos in this list focus on what it’s like from 9 – 5 but BambooHR flips the script (almost literally) and let’s people know what goes on from 5 – 9 (and weekends/vacations). It’s a straightforward but important message: a healthy work life balance is their number one priority.

We often tell clients how important it is to focus on their audience when it comes to creating videos, and Starbucks adheres this same principle to their recruiting video. Focusing on people early in their careers, they were able to narrow the focus of their video (and the employees they use in it) to better relate to their target audience.

The CEO of Twitter studied comedy at the famed Second City in Chicago, so it’s no wonder that their recruiting video is chock-full of jokes. The idea of a “low-tech” video isn’t necessarily something that hasn’t been done before but the delivery in this video is spot on. Not to mention that the punchline at the end is a great payoff.

A lot of the videos on this list focus on the people component of their organizations. While this may not specifically be a recruiting video, Groupon does give prospective employees a good deal of insight into what exactly they could expect to see when they come into work everyday. The sense of humor also lends very well to the established Groupon brand. Full disclosure: I am a former Groupon employee but unfortunately had nothing to do with this video.

The host and interactions can be a bit awkward but it’s all part of the fun in this extremely unique recruiting video. It’s hosted walk through in the office but you can imagine this one had a fair amount of outtakes and seems to be done with improvised conversations. Akward, fun, and awesome.

An extremely well produced and hilarious video, especially considering it’s for a local police dept. They seem to get a lot of the local force involved in the production, which shows that teamwork was a big part of putting this all together. It sure beats the old school police recruiting videos I remember as a kid!

This video may seem more traditional but it’s shot so beautifully we had to add it in here. If you want to go with a more straightforward approach to your video, this should be the video benchmark you aspire to achieve. 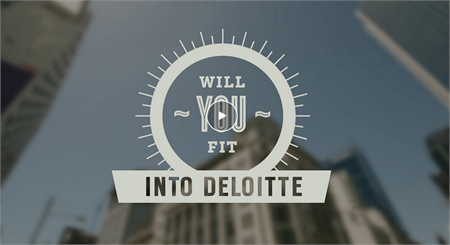 What better way to see if someone fits your core values than to test them with an interactive video? Walk a day in the shoes of a Deloitte employee (literally) in this first person video. At the end of the adventure, you can choose the particular department you want to learn more about too.

There you have it, the 10 best recruiting videos that hopefully inspire you to reconsider the traditional way they’re done. Is there a video that caused you to make a career move or apply for a job? Share your favorites below!

Are you currently fleshing out your annual video marketing strategies plans? Yup, same here. I assume that your over-riding goal is to build revenue, right? For Video Brewery, I’m trying to figure out what elements of our existing campaigns really contribute to revenue and identify ways to increase conversion opportunities on those. We’re a video …

6 Things to Consider Before Starting Your Next Video

So you’re ready to get started on a brand new video. That’s great! But don’t just jump off the starting line and plan on figuring things out along the way. Take a minute to define the scope of your project first – it can save you time and money down the road, and help …